Life has been a mix of busy, stressful as well as healing and exciting for me since my last update in June. I went on my vacation in July. The first few days were super fun. We spent them at my boyfriend’s hunting property. We attempted to blow up a watermelon with rubber bands but lost patience, did s’mores around the fire, grilled a lot, took the boat out, anchored and swam (the best part! I am such a water baby). On the drive to the beach condo, I got a call from my sister that my mom was having a rough time. I don’t want to go into details, but for me the vacation was hard after learning what was going on. We enjoyed the beach for a few hours that day. I swam just passed the break, we buried my friend’s son up to his head in sand and then lured seagulls with some chips and I taught her younger son how to catch sand crabs. My emotions were all over the place though and by the evening, I realized I needed to get home and help my mom and dad. The next day, we spent more time at the beach and in the evening, my wonderful boyfriend drove me the three hours to get home and then drove back to the beach to enjoy the rest of his vacation.

After that, things got worse with my mom and she ended up in the hospital for over a month. Then my dad needed a surgery and I ended up with both parents in the hospital. It was rough. And it would be hard for anyone to believe all the things that happened in that time. I’m pretty good at compartmentalizing things, so on days that I could work, I made it through by tucking the stress in a box in my head and enjoying my time on shows and calls. But otherwise, it was hard.

Just as things started to run smoothly with both of my parents home, it was time to start apartment hunting. I’m happy to say that I finally found an awesome place. I can’t wait to move in and get set up. I’ve moved so much in the last two years, it will be nice to not only have a place to call home, but for it to be mine and mine only.

That is all the stress I’ve been through. But I also have awesome news. My boyfriend and I have started being sexual with each other again after over a year of no sex! It started a few weeks ago. He was holding back from a feeling of not being able to trust me after all the break ups, so I would talk about wanting to be physical again, but I didn’t push. When he was ready, he gave me hints. The first time, it was three days of him talking about my “kitty” (what we call my pussy) and touching it a little. On the fourth day, he pulled me over his lap for a spanking, which led to some pussy touching and me licking and sucking his cock. After some time playing, we got in bed and he fucked me. I came so quickly once I had his cock inside of me! Since then, he has asked for naughty pics or made other references to his interest in my sexually well before we started playing! The anticipation is so exciting.

Aubrey and I won’t be doing 2 girl for a while, for the most part anyway. There’s still a chance the right situation would get us together for a special show, but scheduling can be somewhat of a nightmare. She moved far away from me and it changes things up a lot for me with my regular schedule. So we can only do it if the caller is looking for a very long show of cam sex (in the hour+ range). Aubrey’s life has really changed since she had her baby and made the move, but we do hope to get back to full 2 girl days where we are available for long hours and can do quickies as well as the longer shows. It’s just a matter of when. We still get together often enough, but usually that’s “our time”, not really meant for shows. I do miss sharing her with you, so I will do what I can to make it happen in time.

I most likely won’t update until the new year, so happy holidays everyone! Stay perverted; that’s how I like you. xoxo 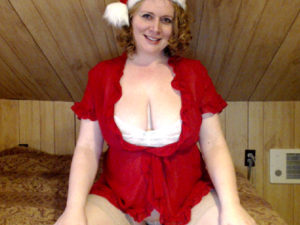 I am sensual, sexual, creative and sweet. I have experience and genuine interest in more fetishes than most people can probably come up with. I have dabbled with nearly every common role play and get into them from all angles; creativity, acting and sexual energy.
View all posts by Lusty Lucy →
This entry was posted in phone sex, vanilla sex, webcam shows and tagged 2 girl, cam girl. Bookmark the permalink.
Are you 21 or older? This website requires you to be 21 years of age or older. Please verify your age to view the content, or click "Exit" to leave.