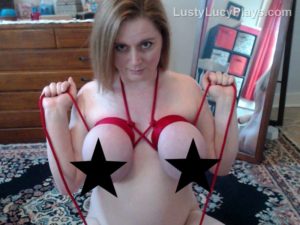 I’m getting ready to move in with my boyfriend so between background work, calls and shows and packing my apartment up, this was a very busy day. It’s nice to keep busy, but I have to admit that since I booked the movers, I am feeling the stress a bit. I’m looking forward to moving in with him. I think it will be a very positive thing for me. I’ll miss my apartment and having my own space, but I know this move is best for me.

Being in the city is nice, but I honestly don’t make much use of the benefit of living here. I don’t go on my walks very often at all anymore since my dog died and I haven’t been meeting people out here or having many people over. I enjoy time to myself, but I find myself wanting to be with my boyfriend over half the time I’m relaxing here by myself. Also, there is a strange additional con. My apartment is the top floor of a row home that was converted into two apartments. My neighbor downstairs smokes cigars and cigarettes and something with the duct work or otherwise causes the smoke to come into my apartment. It smells bad, but it’s also been potentially effecting my health. I’m prone to migraines and they are worse since I’ve been here, which I believe might be because of the smoke. If not the smoke, it’s likely something else in the environment.

Moving in with my boyfriend will mean I am with him a lot more. I’m excited because time with him will be limited even living with him. His commute is an hour each way without traffic. He gets home at 8pm, so it’s a short evening week nights. He also owns property three hours away where he hunts in the winter and plays in the woods , goes boating and jet skiing in the summer. I go with him sometimes, but usually he goes alone. I’m looking forward to having more time with him.

I’m still going to have my own space at his place! Despite our age and being together for the better part of nearly 18 years at this point, we don’t have kids, so there’s so much room in his house for us to spread out. He has taken over the basement as his own space and I get the top floor. We’re talking about renovating it to change out the fake wood paneling for drywall and include new lighting. It’s already nice enough, but those changes will make a huge difference. I’m also looking forward to being able to ride my bike and I’ll live closer to many of my friends.

So here is a day in the life of a cam girl who is moving and trying to keep her business going despite everything that needs to get done!

I am sensual, sexual, creative and sweet. I have experience and genuine interest in more fetishes than most people can probably come up with. I have dabbled with nearly every common role play and get into them from all angles; creativity, acting and sexual energy.
View all posts by Lusty Lucy →
This entry was posted in A Day in the Life of a Cam Girl and tagged cam girl, hot pics, jack off material, phone sex. Bookmark the permalink.
Are you 21 or older? This website requires you to be 21 years of age or older. Please verify your age to view the content, or click "Exit" to leave.